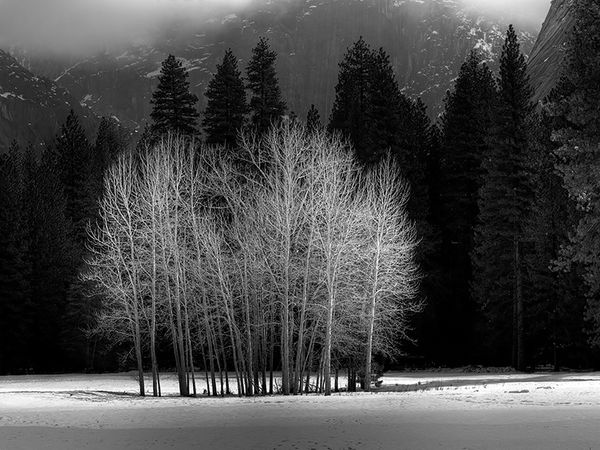 Lately I’ve been reading about the origins and evolution of photography. After the official announcement of Louis Jacques Mandé Daguerre’s process on January 7, 1839, people were enamored by the incredible, almost magical new invention. But what exactly was it for? Was it a form of art, like painting and drawing? Or was it strictly a recording, documentation and replication process?

Throughout the subsequent years photography morphed from photogravure; pictorial attempts at imitating painting (via Demachy, Emmerson and Evans) to pre-photojournalism (via Matthew Brady and Alexander Gardner) to capturing more candid moments of “real” life (via Steiglitz and Steichen) to social photojournalism (via Riis, Hine and Lange) to straightforward representational photography with great sharpness and depth of field (via Strand, Weston, Adams and Cunningham) to Bauhaus and Surrealism (via Maholy-Nagy and Man-Ray). It would be more realistic to say that rather than a linear progression of development, photography was spreading out in various directions like ripples on the surface of a pond.

Given the multiple schools of thought we’re still left with the question; What is photography? Photographers in the group f/64 would probably took a dim view of Man-Ray’s work, and vice versa. But is one “right” and the other “wrong”? Is it even possible to have an objective definition of the medium or how to apply it? It’s similar to believing there was a “correct” way to apply paint to a canvas until Jackson Pollock came along.

Fast forward to the present day and still nobody can agree on an answer. I’ve been photographing nearly a decade-and-a-half, and when I began I had definite feelings on the subject. But as I’ve matured in the craft over the years, so have my concepts of what the craft is. For me, photography is about capturing the mood, emotion or idea of the subject and representing it in a sharp, clean, powerful and moving way. (Please don’t mistake my philosophy for any claim that I always succeed in this endeavor.) My definition is personal and not one that works for everybody.

There are those for whom photography is a commercial venture. It’s about photographing weddings, senior portraits, architecture or products. There are many nuances to this because artistic vision and style can definitely play a role in this field, but financial success is the endgame.

The opposite of the above group are the Fine Art photographers. While their subject matter can vary widely the art itself is paramount and financial gain, perhaps aside from institutional grants, may even be frowned upon.

For some, photography is about getting a proper exposure when photographing family and friends and nothing more. They will post to online social media and if they print at all it will be for family albums.

Some photographers are “trophy collectors” (a derogatory term), traveling from one iconic location to another to reproduce shots they’ve seen in magazines. They’re not necessarily interested in creating art or original images, or even in the subject or location; they simply want to show their friends where they’ve been. It can even be driven by a sense of competition, or by FOMO (Fear of Missing Out) more than by any passion for the craft.

For others, the camera gear itself is photography. They are intrigued and excited by the engineering of the equipment and technology. They research, study and agonize over which lens to buy that will give them the sharpest possible image. They then test that lens relentlessly to find the sharpest aperture. (This is not a new concept that appeared with the advent of digital photography. Andreas Feininger wrote about the phenomenon extensively in his books from the 50’s and 60’s.) They may not ever make an image with any real consequence, but they likely don’t care to. For them technical excellence such as sharpness, depth-of-field and lack of noise or grain carries more weight than composition and subject matter.

So can photography be neatly filed into a single category? I don’t think so. Humans are a tribal species and thus like to infinitely subcategorize (Nikon v. Canon, Mac v. PC, etc.). Fortunately, photography is an expansive and multifaceted medium that can exist within multiple categories and philosophies simultaneously.