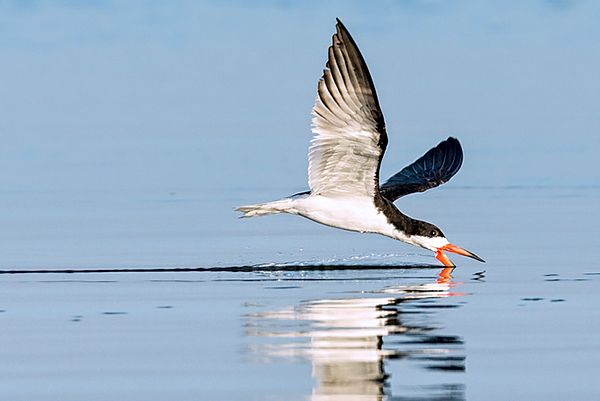 To Crop or Not To Crop?

Have you ever heard the photography adage, “If you crop, you lose?” It’s a mantra that is regularly recited by photography “purists” (a nebulous designation with somewhat random and sometimes contradictory philosophies). I won’t argue with the spirit of the adage; that there should be careful consideration of what is or is not included within any frame and that it should, ideally, be done at the time of exposure and not as an afterthought in the darkroom or in Photoshop.

But as with any tool or technique in photography, it has its legitimate place within the craft. Photography is not simply about making a pretty picture, creating “art” or satisfying a need for a particular image. It’s about problem solving. How are you going to create the image the client has specified, or that you have envisioned? What camera will you use? What lighting? What lens?

As with all problems I encounter, I generally don’t have a cookie cutter solution. Every job and problem is unique. I have a hierarchical checklist of sorts that I will run through to determine the best course of action. For cropping, the list would go something like this:

First question: Do I have a longer focal length lens with me that would give me a tighter frame on my subject so that I don’t have to crop? If the answer is yes, then I’d change lenses. But there is more to consider.

Second question: Will the subject still be there if I take time to change lenses? In other words, if I was hiking through the forests of Washington State and in the distance saw a Sasquatch riding a Unicorn, I’d probably take a shot with whatever lens was currently mounted to my camera. Having that shot in the can, I’d try to get my 600mm and 1.4x teleconverter on my camera and get a closer, more detailed shot. But if I try to change lenses before I get any shot, Sasquatch may ride off before I get anything. So cropping would be a solution to the problem.

Third question: If I don’t have a longer focal length lens, can I physically move closer to my subject? If the answer is yes, then I’d move closer and not crop. If the subject is wildlife (or Sasquatch) the answer may be yes AND no. I may theoretically be able to get closer, but the subject may get spooked and flee and I won’t get the shot. Or if I’m shooting a landscape, I may be on the rim of a canyon without the option of moving closer. Cropping would again be a solution.

Fourth question: If I can get closer to my subject, will the change in perspective caused by moving the camera’s location negatively impact the image I envisioned? Will the relationships between the foreground, middle and background be thrown out of whack? Will there be any distortion of objects if I’m using a wide angle lens? If none of these will be an issue, then I would again move closer and not crop.

The fact is that even Ansel Adams cropped images on occasion. Notably, Winter Sunrise, an image of Mt. Whitney and the Alabama Hills taken near Lone Pine, California, exists in several variations with varying amounts of sky cropped out. Most famously, his image Moon and Half Dome was shot on a Hasselblad (possibly a 500 C/M), a 6 x 6 square format camera, and was cropped to a vertical rectangular format. There was never a question in his mind about the final appearance of Moon and Half Dome. Adams used cropping as a tool and not a band-aid.

Ultimately my view on cropping is that it shouldn’t be done out of laziness, or an attempt to fix the composition of a carelessly framed image. If you have the ability and equipment to get the framing you want in camera, do it. But it’s a useful technique that shouldn’t be, at least in professional circles, vilified by close-minded dogma.