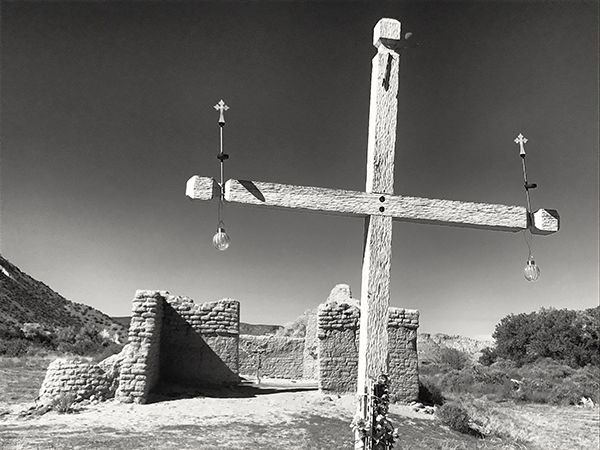 Making the Journey the Destination

I recently returned from an extended photographic trip throughout sections of Colorado, New Mexico and Utah. On trips such as this one, I generally leave home with a rough outline of an itinerary deliberately left nebulous and vague. I have a broad idea of where I want to go and what I want to photograph, then point my truck in the appropriate direction and hit the road.

It’s said that the shortest distance between two points is a straight line, but I never drive one. I wander. Or maybe meander. Whatever it is I do, it could be said that I sometimes take the most circuitous route possible from Point A to Point B. In the age of electronic navigation, it’s not because I can’t find my way. It’s because of all the interesting things I find that I never knew existed. The things I discover in and around towns few people have ever heard of; the breath-taking scenery and hidden gems I uncover in “Fly Over” states (a term that takes me laugh every time I hear it) that enhance my life and make me richer for the experience.

I often revisit areas I’ve been to many times, but each time I like to explore new roads (sometimes a very loose term) and trails I’ve never been on before. If I turned left last year I’ll turn right this year. It may seem like a waste of time but it never is—even if I don’t produce any photos as a result—because I’ve encountered something new about a place that I thought I was familiar with, and the more intimate I become with a place the better I can represent it in a photograph.

On my recent trip I happened upon the ruins of some small churches erected by the Spanish in New Mexico back in the early 1700’s. Ruins fascinate me because they’re a wonderful metaphor for life. These structures were built, held great importance for a community of people, then somehow fell into disrepair. They deteriorated and were eventually all but forgotten. The ruins I found were humble, and while I’m sure they’re listed in some book on New Mexico, they sure aren’t going to make their way onto any list of “Top 25 Sites a Visitor to New Mexico Must See”. These are the sites I cherish most, because they’re quiet and abandoned. There are no crowds and nobody taking selfies with the ruins in the background. These are the places that have stories to tell, and while few people are around to hear them, they’re the ones who are willing to listen. For every person like me who stops and takes the time to sniff around a bit, the little ruin gets a breath of new life; someone else knows it exists. It’s story lives on.

I also found many exciting new locations for landscape photography within areas I’ve been so many times before. It never ceases to amaze me how much is out there, and regardless of how much research I do on an area before I walk out the door of my house, I always stumble upon things I had never heard or read about.

It’s true that there is a toll to be exacted from wanderlust. I take a physical beating from lugging a heavy pack of gear up mountains and down into canyons, across desert valleys and through Pacific Northwestern rainforests. I won’t pretend to be surprised if I need both knees replaced somewhere down the road, and speaking of road, my truck has eaten up a lot of it. My Tacoma is barely 10 years old and has over 355,000 miles on it, and it’s still going strong. 355,000 miles that include some of the worst, sorriest excuses for roads ever conceived. I burn through a set of KM2 tires on average every 15 months. But all that aside, I’ll never stop wandering and exploring. There’s too much to see in one lifetime but I want to experience all I can. In terms of learning, experiencing and understanding the world, sometimes the journey is the destination.