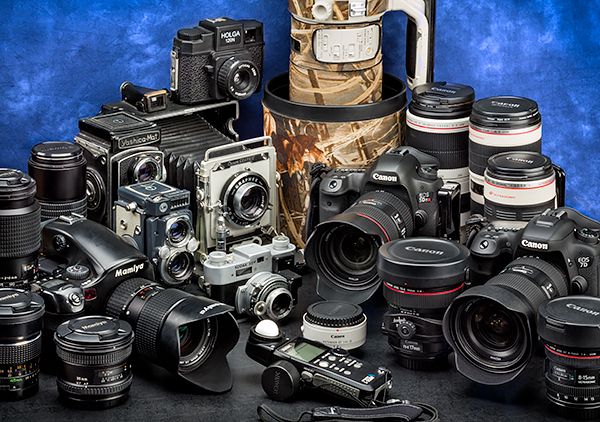 I mentioned in a previous post about the tribalism of human beings. We like to categorize ourselves and each other by race, politics, religion and brand loyalty to automobiles, computers, smartphones, cameras, sports teams and much more.

So it isn’t surprising that there is so much debate and controversy (not to mention animosity) over every aspect of photography. Which company makes the best cameras: Canon or Nikon? Which medium is best: film or digital? Which is a better art form: Black & White or Color? Which format is best: Large, medium or 35mm? What kind of lens is best: prime or zoom? Which software is best: Photoshop or Lightroom? Which recording format is best: RAW or JPEG? What exposure method is best: Manual, Aperture Priority or Shutter Priority? Which off-camera flash setting is best: Manual or ETTL?

There are some issues that can be technically addressed, such as when debating between using a prime lens or a zoom lens. Years ago the choice was clear. Because it’s relatively easier to construct a single focal length lens and correct aberrations, they have generally been considerably sharper than zoom lenses. With advancing technology though, the differences in image quality has been greatly reduced. These days it’s more of an issue of convenience or practicality, not to mention budget.

My approached to photography is to keep my toolbox full. I won’t use every tool on every job but I like to have them all handy in case something unforeseen happens. There’s a reason that modern cameras have so many options available; they allow us to adjust our equipment to the needs of a particular project. When I’m photographing architecture, landscape or environmental portraiture, I always shoot in RAW mode. If I was a sports photographer shooting NFL football games and my editors wanted me to immediately wirelessly upload my photos to the main office as I’m shooting, I’d definitely be shooting JPGs. Technically RAW files would have more latitude when it came to making changes at a later date, but they would be hopelessly unwieldy for uploading thousands of images wirelessly.

Imagine that you wanted to make some home renovations and hired a contractor to do complete the job. If he opened up his toolbox and the only thing inside was a hammer, you’d know you were in trouble. A hammer is great for driving nails or even some light demo work, but not so great for cutting 2x4’s, sinking screws or installing plumbing.

While studying for a Bachelor of Fine Arts degree in Graphic Design at a Liberal Arts college I quickly realized that regardless of the discipline (design, painting, sculpture, metal smithing, etc.) people liked to segregate into cliques based on methodology. If you didn’t apply paint to the canvas the way they did, you were doing it wrong. If you didn’t shape the metal the way they did, you were doing it wrong. I never understood this mentality. There are multiple avenues to reach any one destination. Why doggedly lock yourself into one method and try to pound round pegs into square holes? And why so much vitriol when someone does it differently?

Every project will be unique and will require a different approach and different tools to complete. There are many features on my camera which I may never use, but I’d rather have them and not need them than need them and not have them. Use whatever tools and methods work for any given job, and maintain the ability to be fluid and think laterally so that you can adapt to changing circumstances.