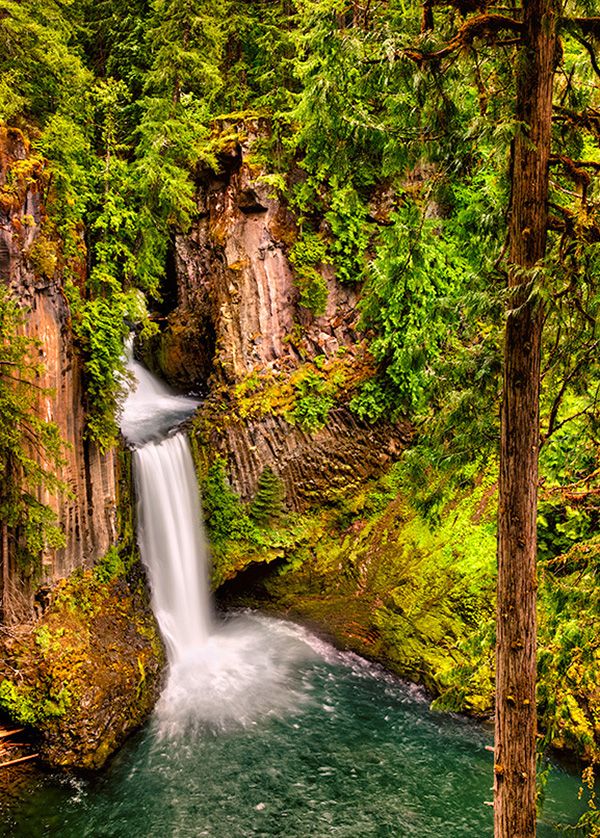 One thing I have learned as a landscape photographer is the ability to adapt to rapidly changing situations. I can tell you from nearly 14 years of experience on the road that things rarely go according to plan. In the early days I would struggle against unforeseen circumstances and try to force my predetermined agenda to work in an environment it was no longer suited for. These days I try to roll with the changes, not only because I tend to get better results, but also because it’s the path of least resistance.

The plan is now just a guideline. It’s a framework but within that framework there should be a lot of room to maneuver. At the 1956 Newport Jazz Festival, a tenor saxophonist named Paul Gonsalves was playing on stage with Duke Ellington’s orchestra. They were performing Diminuendo and Crescendo in Blue when Ellington gave Gonzales a solo. Gonzales improvised for 27 choruses, bringing the audience to its feet. The written score was the plan, but it became a little more than a safety net. Like Gonzales, a good photographer should have an open and nimble mind, capable of seizing an opportunity and running with it.

A common example from a typical road trip would be that I am hoping for a beautiful sunrise with dramatic clouds in the sky. The reality is that I rarely get them. So if the sky is clear does that mean it’s time to throw the gear back into the truck and call it a day? No, it’s just time to switch gears. Empty skies usually mean wide landscape shots are not optimal, but tighter, intimate landscape shots may work. Also, the contrasting light is favorable to black & white photographs. Maybe instead of documentary style photography, finding shapes, patterns and textures to create abstract designs would work.

And what if I get clouds but they’re just grey, mushy stratus clouds blanketing everything in dull, diffused light? Again, I’d forget the wide shots and shoot tight. Close-up shots of wildflowers are great in diffused light, as are waterfalls. I’d try to use the lack of contrast to my benefit and maybe photograph inside a forest, where it would be all but impossible in harsh sunlight. The color palettes would be soft and even so color shots would work better than Black & White, which needs contrast and shadow for definition. Diffused light is also great for wildlife and outdoor portraits. When I shoot commercial outdoor environmental portraits, I’m usually looking for open shade from trees or buildings because clouds in Southern California are rare. But if there is a good marine layer and the sky is overcast, it’s pure bliss!

Sometimes it can be a blessing when a plan goes awry. You may be surprised to find that some of your best work may come from the worst circumstances. Unexpected opportunities can arise when you keep an open mind and allow yourself to be fluid.